The Hoka Clifton 8 is versatile lightweight running with a soft and comfortable cushioning.

Zappos.com
Buy at the lowest price

Check this offer
9.2Overall score
Very good lightweight running shoe with high-stack soft cushioning
The Clifton is undoubtedly one of the most popular shoes in Hoka's range. After some wandering that was not to the liking of every fan, the Clifton has made a nice comeback in recent years. This eighth version follows the same approach with some changes. Let's go through it together.

First of all, the Clifton is famous for its soft and flexible cushioning within the Hoka series. In this respect, the Clifton 8 is even softer than its predecessor! It's particularly noticeable under the forefoot. According to the American brand (formerly French), the foam is new, lighter, and more springy. However, in practice, the weight remains similar (250 g/8.8 oz for the men's model), and the energy return is satisfactory without being breathtaking. According to some testers, the Clifton delivers a smooth ride. Still, it suffers from the comparison with the last generation of foams (ZoomX by Nike or PWRRUN PB by Saucony, for example) which decided to abandon EVA for Pebax. Last but not least, the famous Meta-Rocker of the brand enables quick transitions from heel to toe by compensating for the low drop (5 mm).

Next, the upper is the part where we find the most significant changes. First, let's appreciate that the mesh is now 100% vegan! The story doesn't say if the sole is also vegan (so we assume it's not), but it's already a good start and shows that the industry is heading in the right direction. The mesh is thinner, which gives better breathability. Also, the new padded gusseted tongue locks in the foot securely and comfortably. The only tricky part is the size of the upper: wide-footed athletes will be happy to know that the upper is higher and wider. However, people with thinner feet may have fit concerns (no pun intended). So be careful if you're in that situation!

Finally, the outsole packs a good amount of rubber in sensitive areas to protect them from abrasion. Traction is adequate, but runners note that the Clifton may not be as stable as the Mach 4, which offers a wider heel (Swallow Tail). Testers report that the stability is better than with the early versions, but there's still room for improvement.

All in all, the Hoka Clifton 8 is a very good running shoe with a soft, high-stack, and flexible platform that packs sufficient bounce to have fun during your daily runs. Plus, the added softness of the midsole makes it more versatile so that you can use the Clifton for any speed or distance. A solid reference that lives up to its reputation!
Comfort
9.5
Value for money
9
Durability
9
Design
9
PROS
CONS

HOKA ONE ONE Men's Clifton 8 Road-Running Shoes
$140.00
Check this offer

Rei.com
Hoka One One Clifton 8

Does the Hoka One One Clifton 8 fit true to size?

This model fits true to size. However, note that the upper is a bit lose, which can be more complicated to adjust if you have thin feet. So, ideally, try it on.

Is the Hoka Clifton 8 good for people who overpronate?

Yes, this is a neutral running shoe. Thus, it’s for all runners independently from your type of pronation. However, some testers note that the shoe is not as stable as they would like it to be, which can be a problem for people who need stability. If so, the Hoka Mach 4 is a good alternative.

Is the Hoka Clifton 8 a shoe for heavyweight runners?

This model should be suitable for all body types with their thick (29 mm heel stack height) and comfortable sole. Note that the cushioning is soft, while many heavy runners prefer to have more structure, which generally means firmer cushioning. It’s best to try it if you’re not sure.

Is this shoe suitable to run a marathon?

This Hoka road shoe is excellent for different types of distances and training. So you can use it for your daily workouts, whether they focus on distance or speed. As for the marathon, it depends mainly on your experience. If you can comfortably accumulate long runs with these shoes, then there should be no problem. All in all, it’s undoubtedly a model geared towards long distances like the marathon.

The Clifton 8 brings some improvements over the previous model but nothing major. For example, there is a new CMEVA foam, a roomier upper with thinner mesh, and overall softer cushioning. The bounce is very similar. In other words, if you liked the C7, you should enjoy the C8!

The Hoka Clifton 8 is lighter than the Hoka Elevon 2 (36 g/1.3 oz less) with a slightly lower stack (29 mm heel stack height vs. 32 mm for the Elevon). Both shoes offer soft cushioning, but the Clifton’s has the advantage of being more springy, which is better suited if you intend to do speed workouts. Secondly, the C8’s upper is ample, which is better suited for runners with wide feet but can be tricky for thin-footed runners. In contrast, the E2 is relatively narrow. So we recommend the Hoka Clifton 8 if you’re not sure which shoe to choose. 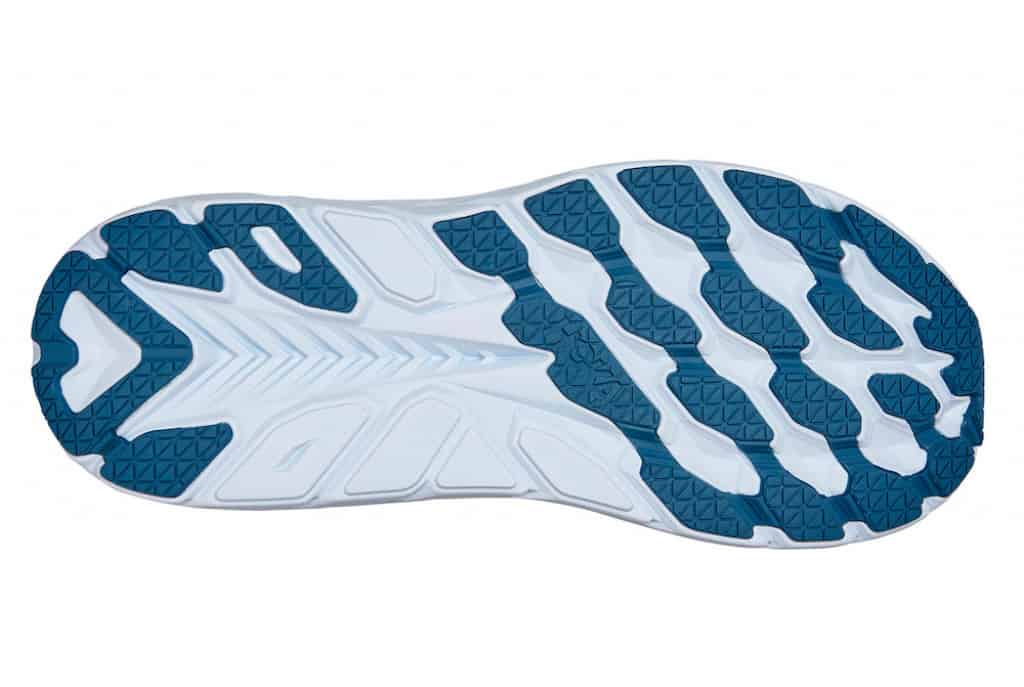 Since 2017, we have analyzed hundreds of running shoes and every month thousands of runners trust us to find the perfect pair! Discover our 2021 buying guide to make the right choice.