The Puma Deviate Nitro is an affordable and versatile carbon plate running shoe.

Not in the US? See more offers:

Puma
Category: Road
9.1Overall score
The running shoe that strives to put Puma in the elite running game
Renowned for its stylish sneakers, Puma is a bit of an underdog brand when it comes to running shoes. Big names like Nike and Asics usually dominate the field, with Puma regarded as a second-tier option. However, the Puma Deviate NITRO shoe is gaining traction and is the brand's continued attempt at a comeback. If Olympian marathon runner Molly Seidel is a Puma fan, after all, they must make a pretty solid shoe!

First things first: let's talk about the NITRO midsole. Nitrogen-infused with a noticeable bounce, the midsole foam is soft and responsive. The overall sensation is springy, with a natural "pop" that occurs through toe-off. The NITRO foam is layered around a carbon plate to increase responsiveness. There's also a TPU plate at the rear to compensate for the softness of the foam. Among the runners who tried the shoe, the midsole was definitely a hit. Many of them noted the versatility of the shoe that's suitable for daily runs and racing alike. Also, while many carbon-plated shoes are overly stiff, the NITRO is quite soft.

The upper of the shoe generated positive feedback, with the general agreement that its mesh fabric is highly breathable. The design also accommodates wider feet, which will be a plus for some runners. For the NITRO model's outsole, Puma uses a rubber compound they call PUMAGRIP, which runners agree gets the job done. Even when running in wet or slippery conditions, PUMAGRIP offers enough traction for a successful ride.

While the Deviate NITRO may be a suitable option for long-distance runners, some users noted some technical problems with the shoe. One of the biggest issues reported was frequent heel slipping, which irritated even through thicker socks. Additionally, the NITRO doesn't always feel the most stable—likely due to the shoe's high stack (32 mm heel height) combined with the soft NITRO foam. Even with the laces tightened, a few runners reported an overall jolty ride due to a lack of stability.

Ultimately, the Deviate NITRO is no gold medalist but may perform perfectly well for you based on your running goals. It's especially suitable for runners looking for a carbon-plate model for their daily workouts. Also, its fairly standard price point makes it a good bang for your buck.
Comfort
9
Durability
9
Value for money
9.5
Design
9
PROS
CONS

Does the Puma Deviate Nitro fit true to size?

Yes, this shoe fits true to size. Multiple runners confirmed this. However, note that the heel is a bit loose so you may want to opt for thick socks to improve the foothold.

I have overpronation. Can I run in the Puma Deviate Nitro?

Yes, this model should be adapted to everyone as it’s a neutral running shoe. Therefore, its goal is to suit all runners regardless of their pronation type. However, the soft foam causes some instability, which may increase your overpronation issues. If you run mostly with stability shoes, it may be best to test these shoes before adding them to your rotation.

Yes, these shoes are suitable even if you’re a heavyweight runner. Indeed, The Puma Deviate Nitro has a 32 mm heel stack height, which is enough to support most athletes.

Is the Puma Deviate Nitro a good choice to run a marathon?

Yes, this shoe is versatile and very suitable for long distances like the marathon. However, do make sure that there’s no pain or discomfort on your long runs. 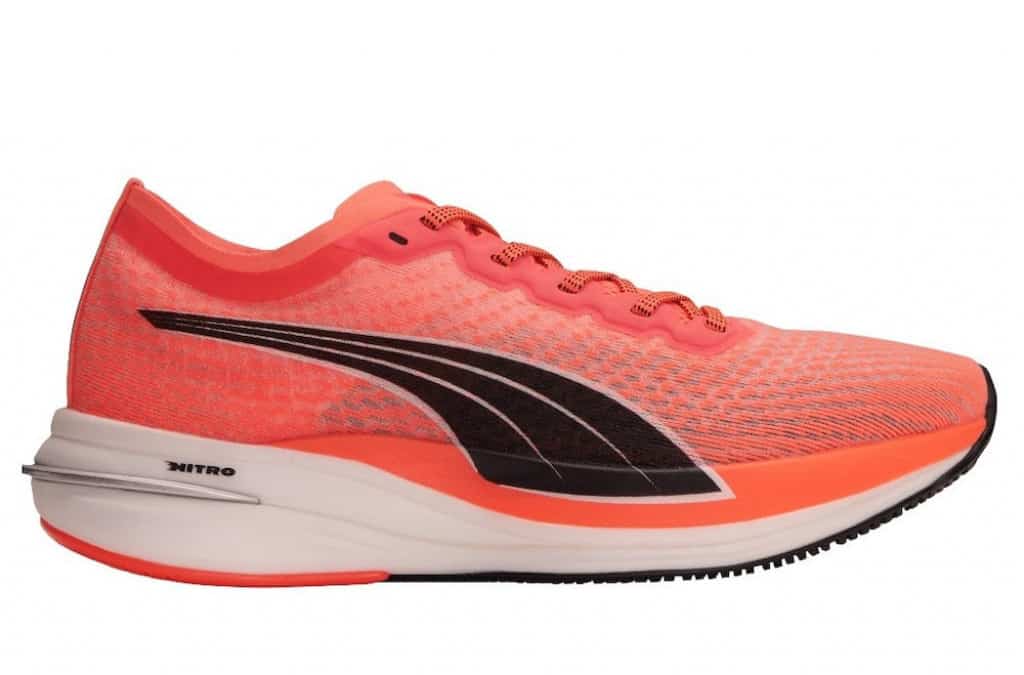 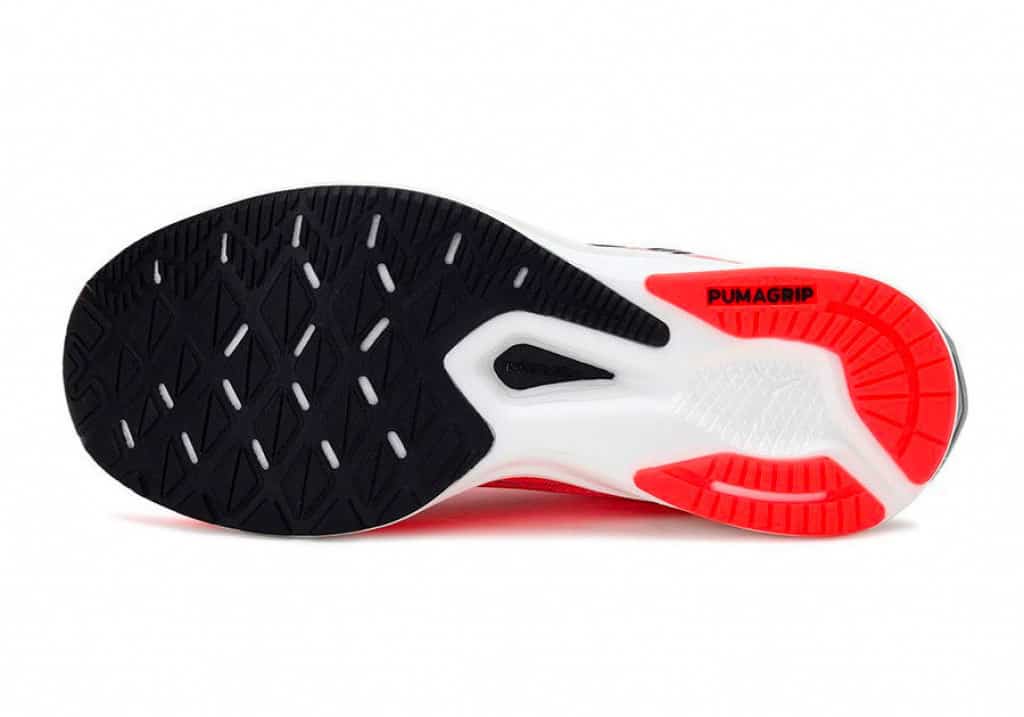