After the rise and (almost) downfall of the minimalist and barefoot running movement, a 2016 study published in the Medicine & Science in Sports & Exercise Journal reveals that running with less cushioning may reduce the risk of injury.

Researchers from the University of Exeter studied a group of 29 runners and found significantly lower loading rates for those who wore minimal running shoes and landed on the ball of their foot. According to Dr Hannah Rice:

This research shows that running in minimal shoes and landing on the balls of your feet reduces loading rates and may therefore reduce the risk of injury.

However, this study is a warning for runners who would like to switch to minimal running without correctly adapting their running form. Indeed, the researchers highlight that without cushioning, the loading rates may be greatly higher for runners with a forefoot strike.

Therefore, this shows how important it is to take it slow when transitioning to minimalist or barefoot running, especially for those of us with a rearfoot strike.

Ever since Nike has turned running shoes into fashion, athletic shoes have become a global style staple. Any major fashion week is also a showcase for the latest sneaker trends. Even luxury brands like Balenciaga or Louis Vuitton release their own sport shoes. However, many of the older cult running shoes are more popular today… 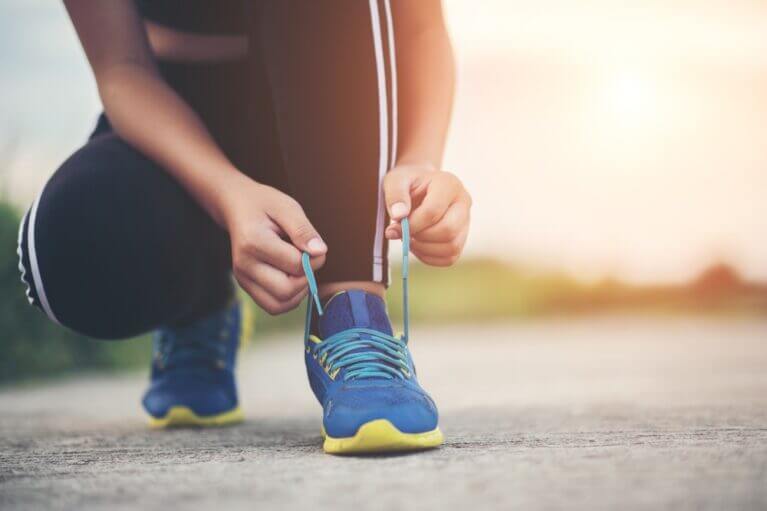 Just like feet, running shoes come in many shapes and forms! Discover our tips on finding the perfect fit to be comfortable at all times.

Starting to run is very easy and comes with a lot of benefits. But keeping at it can be tough. Here’s how to have fun and stay motivated!

Updated: December 2021 Most runners want to run faster at some point in their running career. Whether they are running competitively on the road or challenging themselves on a trail half marathon, they aim to become a healthier and better runner. Many runners are adopting a new philosophy to achieve that goal: run slow to…

You don’t need to worry about having flat feet when choosing your running shoes. Discover why (scientific evidence inside).

Finding the perfect running shoe can be very difficult. With little scientific evidence available, finding the right fit boils down to these 5 tips.